A stealthy version of the UH-60 Black Hawk helicopter

American web resource "The Drive" in the materialJoseph Trevitchik и Tyler Rogoway "This Is The First Photo Ever Of A Stealthy Black Hawk Helicopter" published the first known open photograph of a "stealth" version of the American Sikorsky UH-60 Black Hawk helicopter. Presumably, the vehicle depicted is one of the intermediate options that have been practiced during the long-term secret work in the interests of the US Special Operations Command to create deeply modernized stealth versions of the UH-60 Blackhawk helicopter. The existence of such variants of the UH-60 Black Hawk in service with the United States became known after the loss of one of these helicopters during the American operation to destroy Osama bin Laden in Abbottabad in Pakistan in 2011.

The material reports that the helicopter shown in the picture is, presumably, a "stealthized" version of the Sikorsky EH-60 radio and electronic reconnaissance and electronic warfare helicopter, equipped with a set of target equipment of the Quick Fix series. The helicopter is clearly somewhat different from the known wreckage of the helicopter that crashed in Abbottabad in 2011 - the latter, in particular, had a specially designed tail rotor. Subtle versions of the UH-60 Black Hawk helicopter remain classified, and it is claimed that after 2011, new modifications of such machines were allegedly adopted.

The helicopter was reportedly photographed back in the 1990s at the 128th US Army Air Force Brigade in Fort Eustis, Virginia. This brigade is actually part of the support of the US Army Aviation, and together with it the so-called Aviation Technology Office of the US Army (Aviation Technology Office - ATO, formerly called the Flight Concepts Division - FCD) is deployed, which, according to the publication, is developing subtle UH- 60 Black Hawk.

According to the publication, work on "stealthy" versions of the UH-60 Black Hawk (UTTAS) on the instructions of the US Army was started by Sikorsky back in 1977, when the corresponding concept was proposed. Also, the concept of a stealth helicopter was worked out by Sikorsky on an experimental demonstration helicopter S-75 under the Advanced Composite Airframe Program (ACAP) and on the RAH-66 Comanche reconnaissance and attack helicopter (created in conjunction with Boeing) that did not go into series. The unobtrusive design of the main rotor was developed in the 1980s by Bell on an OH-58X Kiowa helicopter (and sets of such a rotor were purchased by the army to equip OH-58D helicopters). 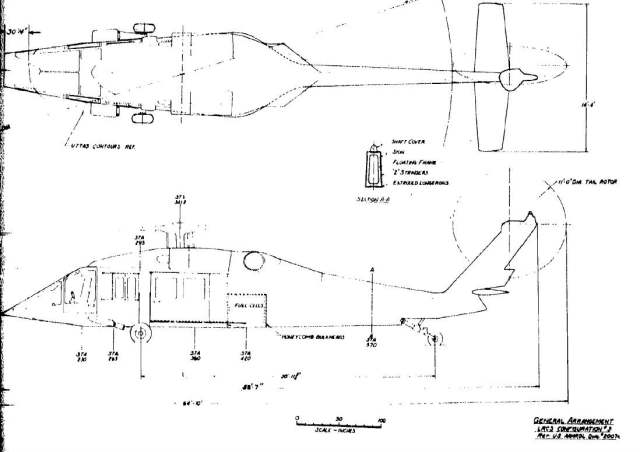 Proposed by Sikorsky Aircraft in 1977, the first concept of a stealth version of the UH-60 Black Hawk (UTTAS) multipurpose helicopter (c) US Army 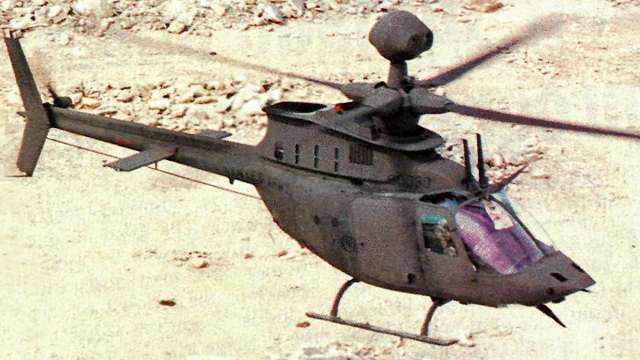 Experimental demonstrator helicopter Bell OH-58X Kiowa, which was tested in the 1980s, with an inconspicuous main rotor design (c) Bell 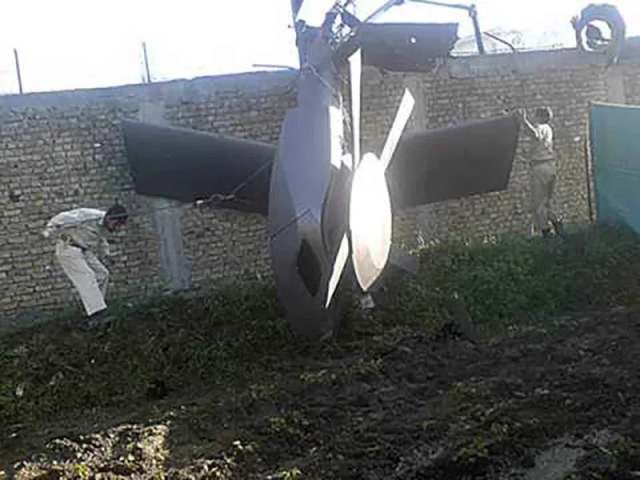 The tail section of the secret, stealthy version of the Sikorsky UH-60 Blackhawk multipurpose helicopter used by the US Special Operations Command, which crashed during the American operation to destroy Osama bin Laden in Abbottabad (Pakistan) 02.05.2011 (с) www.thedrive.com/the-war-zone