"Army-2020": what Kazakhstan boasts at a major military forum

Participation in the forum, which Russia is happy with, was confirmed by 72 states, of which five will have national expositions - Kazakhstan, Belarus, Brazil, India and Pakistan.

The International Military and Technical Forum (IMTF) "Army 2020" amid restrictions due to the COVID-19 pandemic and global military-political turbulence will be the first major exhibition of the year for the global defense industry (in July, the Farnborough Airshow 2020 was held in a virtual mode).

At the Army-2020 forum, which will be held on August 23-29 in several regions of Russia and on the territory of Armenia, more than 1,500 companies will present over 28 thousand models of weapons and equipment.

The opening ceremony of the Army 2020 forum is scheduled for August 23 at the Patriot exhibition center, August 24 - 26 are the days of specialists' work, and from August 27 to 29, the exposition will be open to everyone. 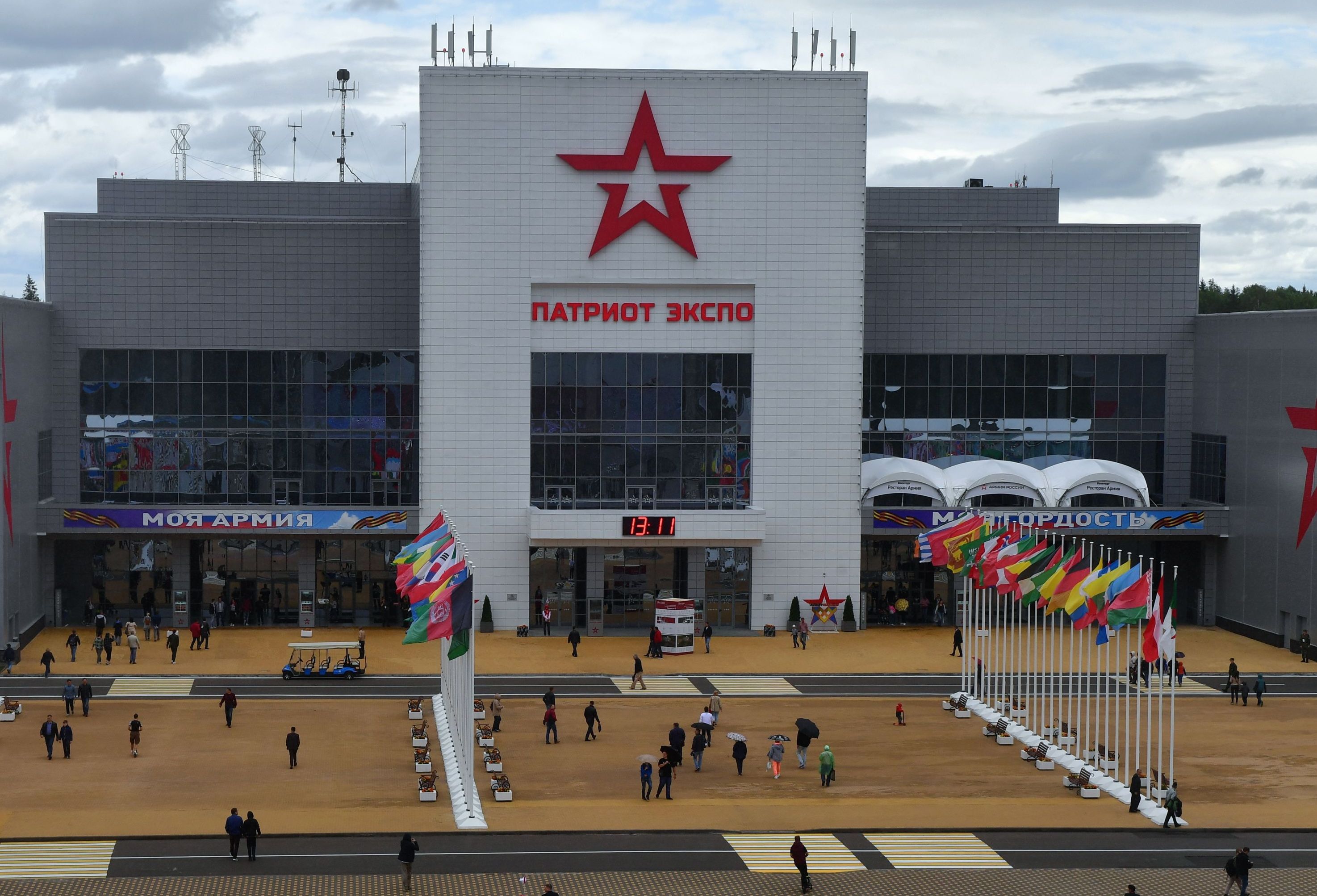 
Tank biathlon: Kazakhstan fell into the same group with Russia

The main exhibition grounds will be the Patriot park near Moscow, the Kubinka airfield, the Alabino and Ashuluk training grounds, but expositions of weapons and military equipment will also be deployed in all military districts and in the Northern Fleet of Russia. Only in the Southern Military District, the Army-2020 forum will cover the Stavropol Territory, Vladikavkaz, Volgograd, Kaspiysk, Astrakhan, Adygea, Ingushetia, Kabardino-Balkaria, Karachay-Cherkessia, Chechnya. The forum will also take place in Armenia, on the territory of the city of Gyumri, where the Russian military base is located.

In comparison with last year, the total area of ​​the static exposition has been increased by 60 thousand square meters, and will amount to over 320 thousand square meters. In total, there are 47 sites (including landfills and airfields) located from St. Petersburg to Vladivostok and from Severomorsk to Sevastopol. For defense enterprises of different countries, this is an opportunity to demonstrate their readiness to expand production and supply of high-tech products.

The scientific and business program of the forum includes more than 170 events, the participants will discuss the problems of defense, the development of the scientific, technical and production potential of the defense industry complex, the prospects for international military and military-technical cooperation.

Expositions of Belarus and Kazakhstan

Special attention has been paid to sanitary and epidemiological control measures, the territory of the Army-2020 has been declared free from the coronavirus COVID-19, and yet the ambiguous epidemiological situation in the world has complicated preparations for the exhibition and reduced the activity of foreign states. Let me remind you that last year the forum was attended by 120 countries and ten national expositions (Azerbaijan, Armenia, Belarus, India, Kazakhstan, China, Pakistan, Turkey, Thailand, South Africa). 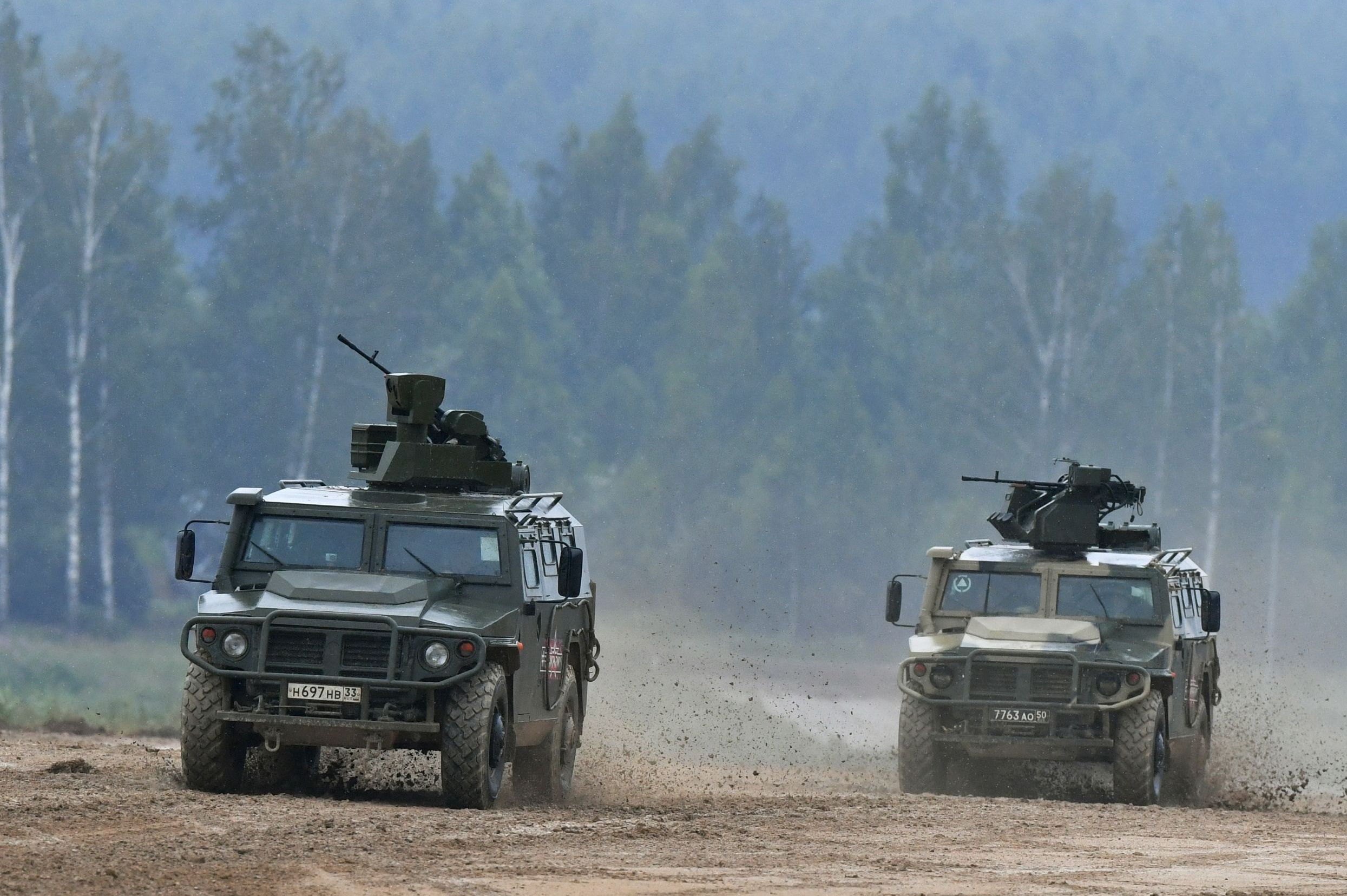 © SPUTNIK / MIKHAIL VOSKRESENSKIY
Tiger-M armored vehicles with combat modules during a demonstration of running and fire capabilities at the Alabino training ground as part of the International Military-Technical Forum. Archive photo

The Republic of Belarus will present a traditional collection of products of the national defense industry complex - electronics, optics, unmanned aerial vehicles. The Moscow site in the republic is considered promising for business expansion, and even the internal political turbulence of this August will not reduce the activity of the participants, who are united by the site of the Belspetsvneshtechnika company. If 15 enterprises took part in the Army-2019 forum, then this year about 20 Belarusian companies of various forms of ownership will present more than 200 samples of military products, including mock-ups of a 122 mm MLRS "Shkval" combat vehicle and an R-443O satellite communications terminal , lightly armored vehicle MZKT-490101-010, model of the mobile HF radio direction-finding complex "Volar". The Republic of Belarus annually exports arms and military equipment worth up to $ 1.5 billion, and most of this amount is received from supplies to Russia.

The Republic of Kazakhstan with each exhibition "Army" increases its activity and strengthens the interaction of the national defense industry with Russian partners. More than 10 enterprises of various specializations represented the Kazakhstani "defense industry" last year. The stand of the Semey Engineering plant was of great interest to professionals and guests of the Army-2019 forum, among the visitors was the Minister of Defense of the Russian Federation Sergei Shoigu.

What place took Kazakhstan in the ranking of military power

At the Army-2020 forum, Kazakhstan will present a modified tracked transporter-tractor of the Semipalatinsk Machine-Building Plant, protected laptops and tablets of the Kirov Plant, overhaul and modernization of armored vehicles of the Semey Engineering enterprise. Subsidiary structure of the company "Kazakhstan Engineering" - plant "Tynys" - will show full-scale samples of aviation components, personal protective equipment for law enforcement agencies. Note that Tynys is the only enterprise in Kazakhstan that exports aircraft components to Russia.

The Army Forum allows specialists from near and far abroad to more accurately assess current trends in the development, production and sale of weapons, military equipment and dual-use products. And also successfully promote joint projects. 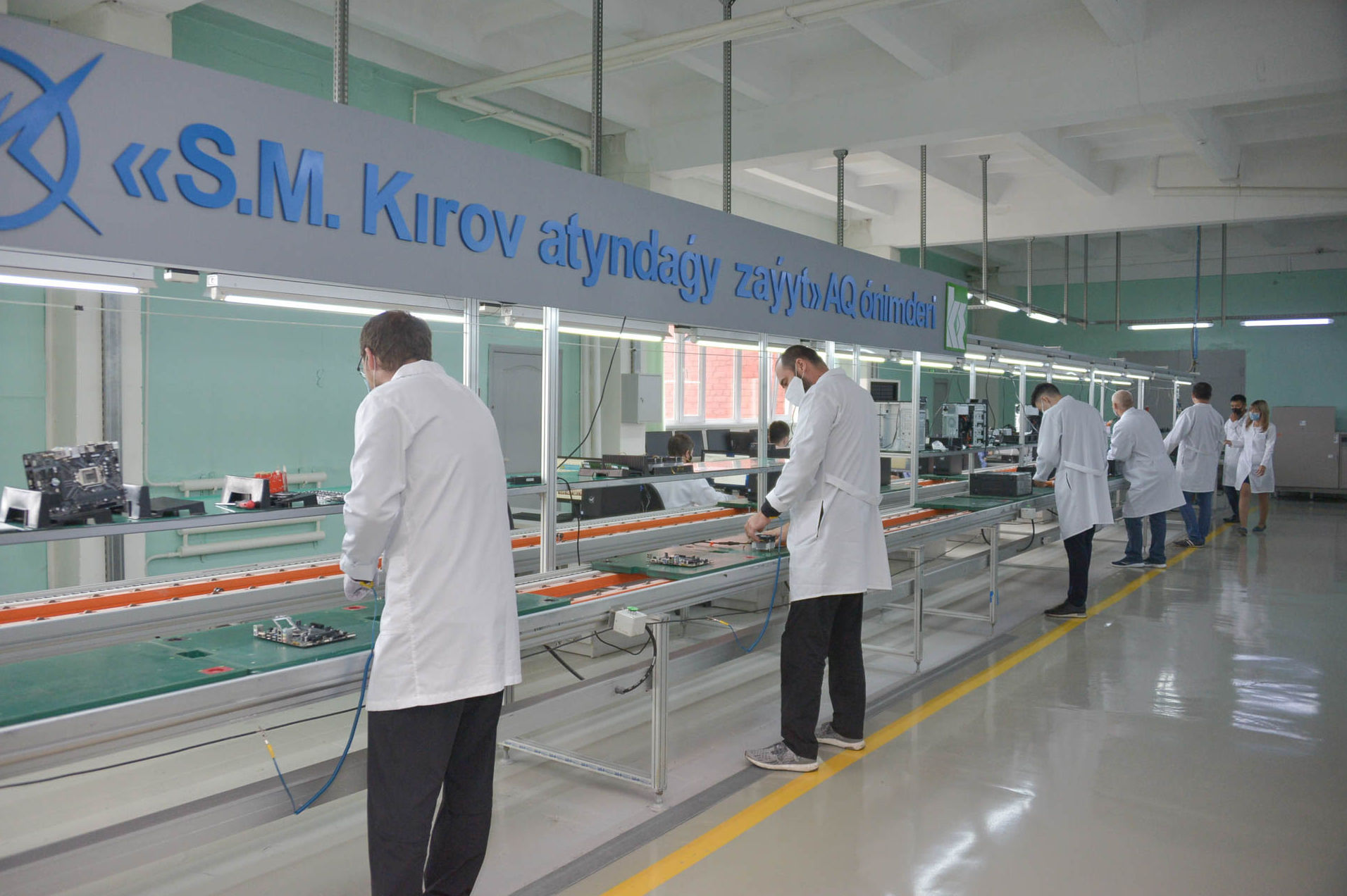 The Ministry of Defense of the Russian Federation will present more than 370 units of serial models of weapons, military and special equipment. This includes the T-14 main battle tank and the T-15 heavy infantry fighting vehicle on the Armata platform, the new tank support combat vehicle (BMPT), the Drok self-propelled mortar based on the Typhoon-VDV vehicle. , the Buk-M3 medium-range military air defense system, the Boomerang K-16 armored personnel carrier with the combat module of the K-17 infantry fighting vehicle, the 2S38 Derivation-Air Defense self-propelled anti-aircraft artillery system, the 2S35 Coalition-SV 152-mm artillery complex ", upgraded T-90M and T-80BVM tanks. In addition, guests and forum participants will be able to familiarize themselves with the Tankprom Alley exhibition dedicated to the 100th anniversary of Russian tank building - 22 tanks and armored vehicles will be shown to the general public for the first time in the Patriot park.

"Armata" is exported: who will be the first to receive the newest T-14 tank

In the pavilions and open areas of the Patriot Park and in its regional branches, well-known serial and completely new prototypes of weapons of the Russian defense industry will be demonstrated. They can be seen at the same time.

At the stands of the leading enterprises of the Russian military-industrial complex - United Shipbuilding Corporation, United Aircraft Corporation, Rostec, Tactical Missile Armament, Kalashnikov, Almaz-Antey - it will be possible to get acquainted with the most interesting samples and promising weapon designs, military and special equipment. All the necessary conditions have been created for the fruitful work of foreign partners. The scientific and business program will involve 49 conference halls and meeting rooms equipped with powerful multimedia equipment and communication facilities. Technical means will expand the geography of the forum participants, and connect remote corners of the planet in the teleconference mode. 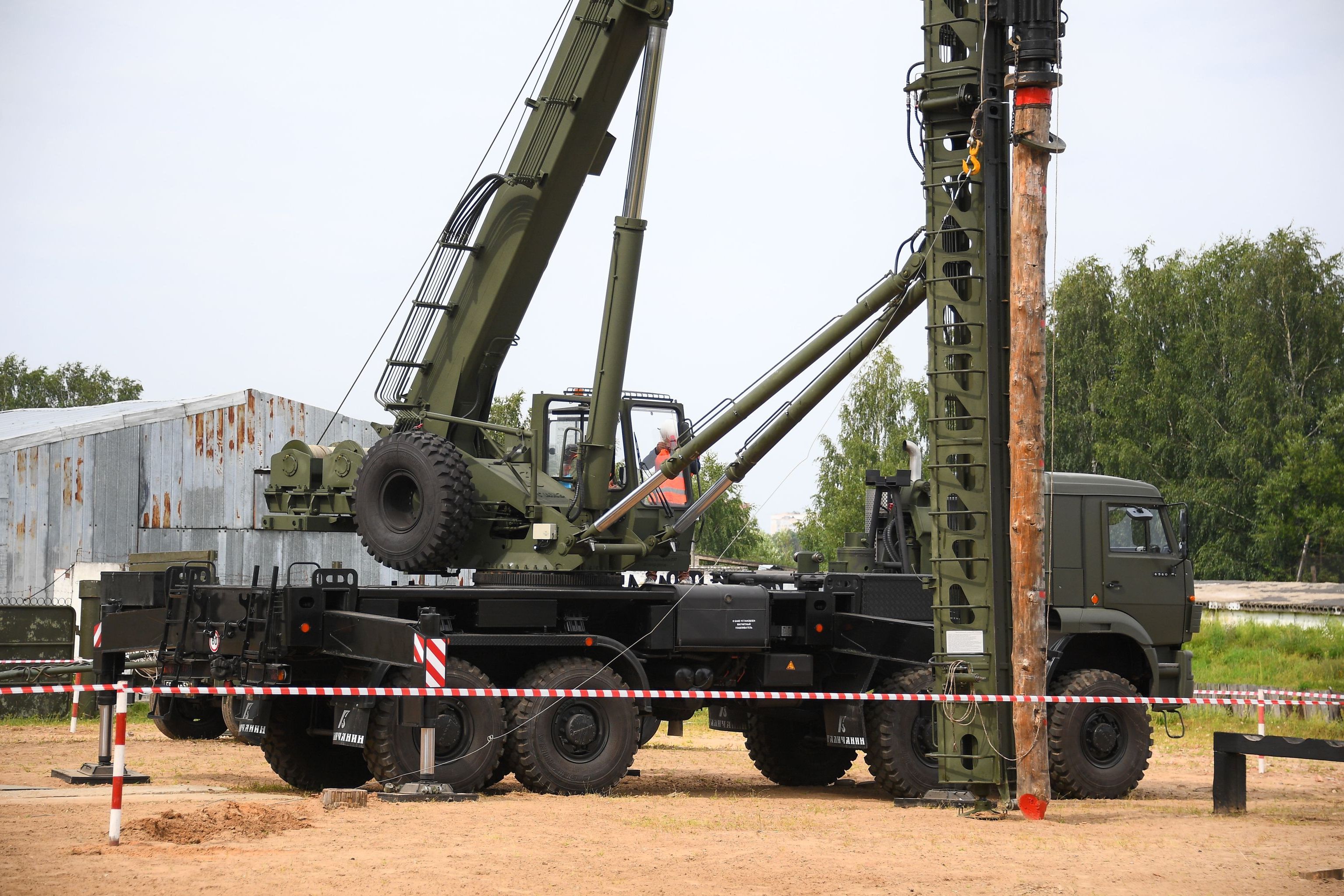 © SPUTNIK / EVGENY ODINOKOV
Universal pile driving unit USA-2M. This modernized sample will be presented for the first time at the Army-2020 Forum

"Army-2020" promises a lot of interesting things: an exposition of more than 70 full-scale samples of aviation equipment in an open area, demonstration flights, events dedicated to the 75th anniversary of Victory in the Great Patriotic War.

The spectators will enjoy the traditional and always bewitching air show of the aerobatics groups "Russian Knights", "Swifts", "Berkuts". For the first time in modern history, "Swifts" will demonstrate a complex of group aerobatics figures in nine crews.

Among the declared units of military equipment is the Vityaz-D deep-sea vehicle, which sank to the bottom of the Mariana Trench. Such devices are indispensable in the scientific and military fields.

For the first time (August 26) a dynamic demonstration of the combat capabilities of means of combating cruise missiles and drones will take place - with the involvement of more than 20 aircraft of the Russian Aerospace Forces.

There will be no analogues for 10 years: Russia is testing a new protection for the sky

On the territory of the exhibition center of the "Patriot" park, an exposition of anti-aircraft and anti-missile defense troops and control of unmanned aircraft will open. The launcher of the S-400 Triumph system, the Podlet radar station, the Pantsir-S1 anti-aircraft missile-gun system combat vehicle, the Flight Tu-143 unmanned reconnaissance aircraft, and the Pchela remotely piloted aircraft will be presented. And besides, there are Mi-25M, Mi-25P, Mi-171Sh and Ka-226 helicopters of the aviation industry.

The Army Forum has no world analogues in the field of military-technical cooperation. The colossal scope of the latest military equipment is complemented by demonstrations in all three environments of combat use - at the Alabino training ground, on Lake Komsomolskoye and at the Kubinka airfield. The attention of specialized foreign publications and, in particular, the American The National Interest is natural. 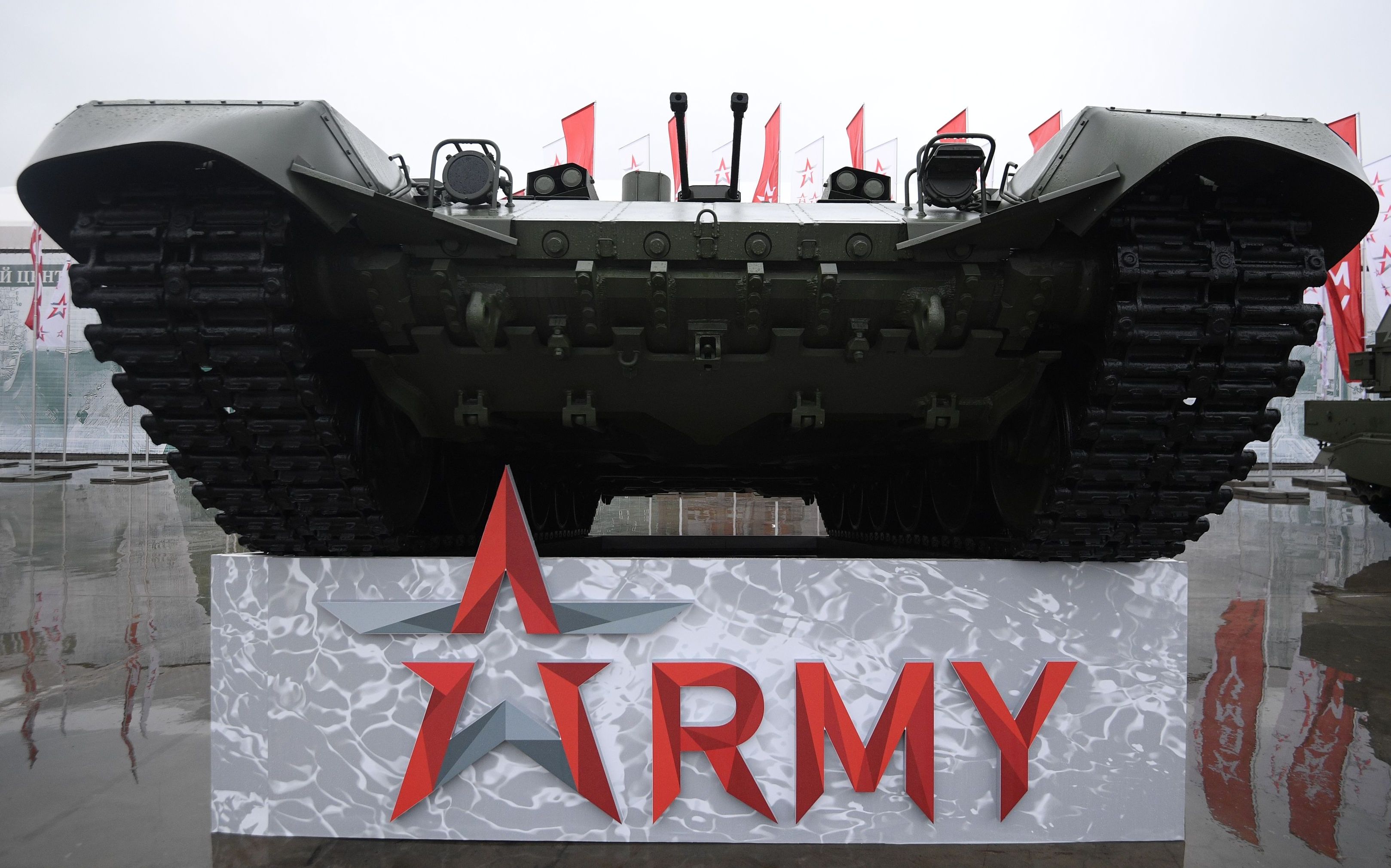